Share a memory
Obituary & Services
Tribute Wall
Donations
Read more about the life story of Kathryn and share your memory.

The path of life for Kathryn Sneed began on April 21, 1932, to Rev. Herbert and Alma Franklin Sneed.  She was the third child of five children from this union. Kathryn was introduced to the Lord at an early age at the Mt. Olive Baptist Church, pastored by her father, Rev. Herbert Sneed in Austin, Texas.  She attended the public schools in the Austin Independent School District.
FAMILY    In October of 1949, Wilbert and Kathryn were united in marriage.  In 1950, they welcomed their oldest daughter, Carolyn Ann in Austin, Texas.  Later, they moved to San Antonio in the early 1950’s. The proud couple gladly added Almetra and Annie Jewell to the union.  The happy family united with the Mt. Ararat Baptist Church.  Kathryn became the youth supervisor, a Sunday School Teacher, and a soloist. She loved the Junior and Senior Missions, and several committees.
In 1970, Kathryn became a widow after the untimely passing of her husband of twenty-one years.  Kathryn showed strength and trust in the Lord.  She remained a loyal, loving Mother and a faithful servant in her church.  She attended Incarnate Word College and received her certification in Child Development, a two-year study.  She became Head Teacher and lovingly, worked with her favorite loyalty children, for 21 years.  Later, Kathryn retired from Zion Child Development Center.
In 1973, Kathryn married Deacon Edward Hardin of Antioch Baptist Church. Kathryn joined and embraced her new membership at Antioch for 50 years.  She supported and encouraged her husbandas he attended the Guadalupe Seminary. He received his Doctorate in Theology.
In 1988, after 15 years of marriage and failing health, Dr. Hardin was called to Glory.
At the start of the Millennium, Kathryn found a new love and wed Mr. Charlie Gray in July of 2001. A beautiful wedding at Antioch reflected the sweet fragrance of love in the air between the two.  After a few short years, Bro. Charley Gray passed away in April of 2005.
A LEGACY TO FOLLOW   In 2006, Kathryn was honored in the Top Ladies of Distinction, Inc. the San Antonio River City Chapter! She exercised in the new gym with several ladies, attended computer classes, and traveled with the Widow’s Society.  Kathryn led the Women of Antioch to the St. John Regular Association in Austin, Texas annually, singing and praising God!  She loved the Dorcas Circle and dearly loved being Worship Leader for the Goodwill Citywide Missionary Council for more than 40 years! Kathryn remained resilient and vigilant in her walk with the Lord, until the end.
HER REST    Kathryn was peacefully called Home on the morning of January 7, 2023.  She is preceded in death by her parents, Rev. Herbert and Alma Sneed, siblings Jewell Taylor, Herbert Sneed II, Thomas Sneed, Sr., Wilfred Sneed.  Her eldest daughter, Carolyn Phillips, and her oldest granddaughter, LaShawnia Gaitwood heartbreakingly, passed away four days before her passing.
HER CHERISHED MEMORY   Kathryn leaves daughters, Almetra Hudspeth (Vernon) and Minister, Dr. Annie Jewell Brown.  Granddaughters, Monica Arceneaux (Derrick), Crystal Hudspeth, and Almetra Joy Hudspeth.  One Grandson, Curtis Gaitwood.  Great-grandchildren Jerome Gaitwood, Jared Gaitwood, Kaci Barnett, Kathryn Doris Hudspeth, and Kevin Flye Jr., 5 Stepchildren, as well as a host of nieces, nephew, cousins, Godchildren, and beloved friends.

To send flowers to the family or plant a tree in memory of Kathryn Gray, please visit our floral store. 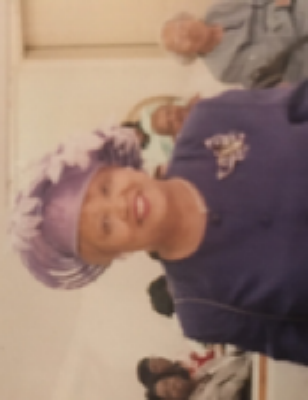