Share a memory
Obituary & Services
Tribute Wall
Donations
Read more about the life story of JOYCE and share your memory.

Joyce Dawson Sowells, was born on September 28, 1925 and entered rest with our Lord on Friday, November 25, 2022 at the age of 97.  She was preceded in death by her parents, Mr. & Mrs. Francis (Helen) Cuffins and her husband, Mr.  J. Guy Sowells.  She was a native of San Antonio, and a proud product of the San Antonio Independent School District.  After graduating from Phillis Wheatley High School in 1942, she matriculated at Southern University and A & M. College in Baton Rouge, Louisiana, earning an undergraduate degree.  Subsequently, she earned a Master’s degree at Our Lady of the Lake University, in San Antonio, Texas.

By March of 1943, Joyce Dawson met her future husband through an introduction by a mutual friend, Mrs. Vernice Hudgins.  J. Guy had been invited to participate in a style show at Second Baptist Church.  From this meeting, a courtship began, followed by a marriage which lasted for 59 years.  He referred to her as “My Joy Doll, and she to him as “My Guy”!

After 38 years of service in the San Antonio Independent School District, Joyce retired as principal of Cameron Elementary School.  Throughout her years as an educator, she set the bar, for supervisors and colleagues alike, in her commitment and dedication to the field of education.  She held membership in many “decision-making” teams for textbooks, Social Security/Insurance, Bilingual Education and Area I Administrators Advisory Board.  As an administrator, her mission was to provide the best for those placed under her wings, and their success always inspired her to do more than was required as a school principal.  For example, Joyce volunteered to direct and choreograph school plays, served as a consultant for “Learning about Learning”, initiated a “String Program” for 1st through 5th graders.  The latter program developed into a 62-piece string orchestra at Franklin Elementary.  At Cameron Elementary, she created a Daisy Scout program, and reactivated the Girl Scout program during her principalship there.  As administrator at Sojourner Truth Elementary School, in the Kenwood Community, Joyce implemented, and nurtured, a 22-step program based on former president Lyndon B. Johnson’s Initiative, “The War on Poverty”.

Outside of her career, Joyce also became committed to and an advocate for women’s rights and career opportunities.  She served on the Board of the Bexar County Women’s Center, working with WIC-JOB Corporation where she interviewed and encouraged young women of all ethnicities to join the Job Corps.  During her presidency of the National Council of Negro Women- San Antonio, she focused on the importance of job training for women.

By 1948, the Sowells joined St. Philips Episcopal Church and together they offered their home for fundraising affairs, supported numerous Church projects, and served their Church in many positions of leadership.  Most notably, Joyce is remembered for the many years she chaired “The Ebony Fashion Fair” for San Antonio, and she was recognized for her high count in ticket sales for this event.

Additionally, she coordinated Kwanza Celebrations, some of which were aired on KENS-TV and reported in the San Antonio Express and News.  Joyce’s personal ministry was decorating the Narthex of the Church and the Davis-Waller Hall for seasonal and special events.

A highlight of her life experiences was the unique privilege of having been a student at Phillis Wheatley High School, under the tutelage of Mrs. Myra Davis Hemmings, a founder of Delta Sigma Theta Sorority, Inc. This renown educator had made a significant impact on Joyce, and, in 1944, she became a member of Delta Sigma Theta Sorority, Inc., Alpha Tau Omega Chapter, Southern University.  Joyce served the San Antonio Alumnae Chapter as President in the early 1960’s and is credited with introducing the local chapter to “The Jabberwock”, an event which originated in the early 1940’s.  She also served on the committee which developed “Delta’s Five-Point Program Thrust” which is still in existence today.

In 1958, Joyce became a member of The Pals Social Club, an organization created in 1925, in San Antonio, Texas, which annually   selects and honors young college women, of African American descent, who represent major accomplishments in academics, ethics and leadership. During her sophomore year in college, Joyce, herself, was selected as a Pals Debutante!  The young ladies are presented to society at an elaborate Debutante Ball.  For over 50 years, Joyce served as the Club’s “Master Choreographer”, teaching each group the appropriate dances, and always, even for the most challenging, “two left feet dancers”, she successfully navigated the graceful turns and moves of “The Waltz”.  She never gave up and did not allow anyone else to do so! Generations of mothers, fathers, debutantes and escorts cherish the memories of Mrs. Sowells rehearsals and fondly recall her passion and her patience!

Too numerous to list all, the following are representative of Mrs. Joyce Dawson Sowells’ accomplishments and awards:

Mrs. Joyce Dawson Sowells, a beautiful woman of great talent, poise, elegance and drive, achieved almost more than one can imagine through her Church, career, social and civic activities.  She leaves a legacy of fond and treasured memories for those who were fortunate to have participated in her journey.

She kept in touch with all.  She was a master of networking, making professional alliances and using them to help improve and enhance the community she served and loved.  She loved to dance and did so with her “winning smile”, nurturing and encouraging into her “sunset season”.  She leaves to cherish her memory, caretaker, Reverend Milbrew Davis and son, Mr. Charles Davis; Godchildren, Ms. Yvonne Horne Clemons, Mr. Roi Manning and Reverend, Edward Manning, Alexis Clark; childhood friend, Mrs. Norma Louise Sublett and family; Delta Darlings, Mrs. Janet Ray and Mrs. Debbie Hamilton; and a host of community friends and children she touched over an extraordinary life spanning 97 years.  TO GOD BE THE GLORY FOR HER LIFE WELL LIVED!

To send flowers to the family or plant a tree in memory of JOYCE DAWSON SOWELLS, please visit our floral store. 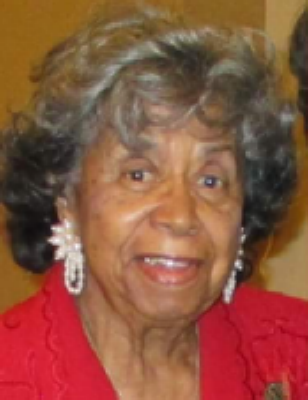