Share a memory
Obituary & Services
Tribute Wall
Donations
Read more about the life story of George and share your memory.

Mr. George Norwood Dismuke, Jr. was the first child of seven children born to George Norwood & Myrtle Beatrice Dismuke in San Antonio, TX. His parents and three sisters, Cecelia Ann Hill, Sandra Kay Vaughn and Patsy Jane Dismuke preceded him in death. He was best known to his family, friends and acquaintances as “George Jr.” He was a very devoted father, grandfather, and most of all, a man of God.

George Jr. was baptized at an early age at New Light Baptist Church under the leadership of the late Dr. P.S. Wilkinson. He later moved his membership to New Covenant Missionary Baptist Church, where he served faithfully as a dedicated member, with Dr. Paul D. Stevens, Sr. as Pastor.

He attended Phillis Wheatley High School in San Antonio, Texas, Class of 1956. The day after he graduated, he enlisted into the United States Navy. George Jr. fulfilled his military requirement serving four years. He was assigned to the USS Lexington as a Cook and spent most of his time overseas. After returning from his military service, George Jr. attended St. Phillips College where he studied Welding Technology. He became a dedicated civil service employee at Kelly Field Air Force Base in Transportation for 25 years where he received numerous awards and certificates. After retiring from civil service, he accepted a position with the Northeast Independent School District in the Transportation Department, retiring after 20 plus years.

George Jr. was a huge sports enthusiast. Earlier in life, he played baseball with the San Antonio Shakers as a Hind Catcher. He loved to watch televised sports, especially football. He was a big Dallas Cowboys and Texas A&M fan. He dedicated his Saturdays to watching college football on his couch (without disruption). His life revolved around his family. He loved family gatherings, vacations, reunions, and his favorite, going on family cruises. He enjoyed cooking and made the best brisket and collard greens ever! He found serenity in sitting outside on his front yard bench. Throughout his life, George Jr. cultivated many lifelong friendships. He was always willing to help people in any way he could. He had a great sense of humor and an uncanny ability to make people laugh with his simple stories and jokes. He was also charismatic and always dressed to impress.

To send flowers to the family or plant a tree in memory of George Norwood Dismuke Jr., please visit our floral store. 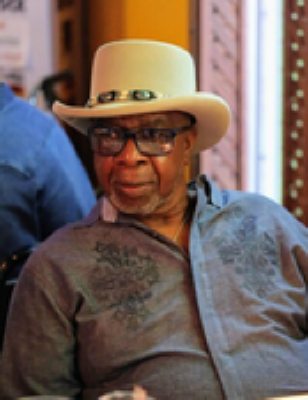