Share a memory
Obituary & Services
Tribute Wall
Donations
Read more about the life story of GLORIA and share your memory.

Gloria Jean Lewis (née Gigger) passed away on January 9, 2023 at her home surrounded by family in San Antonio, Texas. She was 79 years old.  Gloria was born on June 29, 1943 to Charlie Brown and Della Mae Gigger (née Harrington) in Memphis, Tennessee.

Preceding Gloria in death are her husband Javase Leo Lewis Sr., both of her parents (Charlie and Della Mae), three brothers (Howard, Willie, and Lewis) and four sisters (Ida, Elois, Geraldine, and Frances). She leaves behind brothers Sam (Roberta) and Delmus, sister Dorothy, and a bevy of nephews, nieces, cousins, and friends who love her deeply and mourn her loss.

Gloria was married to Javase Sr. until his passing for 47 years and from this union are their five children: George Lewis (Tracey), Javase Lewis Jr., Julie Harris (Irving), Sharon Lewis, and Brenda Middleton (William).

Gloria attended Manassas High School in Memphis, Tennessee and earned her Associate in Nursing from San Antonio College, where she graduted 2nd in her class. She loved her career as a Registered Nurse.

Gloria was known for her keen intelligence, direct conversation, witty comebacks, and uncanny intuition. She loved nature and because of this, she enjoyed watching the numerous cable channels and videos that featured animals. Some of her favorite pastimes were watching the news for current events, various sporting activities. and liked travelling to casinos. She was very sociable and love to entertain family and friends at the Lewis residence with a game of pinochle, other fun card games, various board games, and dominoes. The Lewis household was known for Gloria’s fantastic cooking, generous hospitality, and hosting fun gatherings.

The family of Gloria Lewis would like to express our deepest gratitude to our many extended family members and friends. We thank you for your kindness and sympathy during this very difficult time.

“Life is similar to a game of pinochle. You have to play the hand that you’re dealt with to the very best of your ability.” - Ms. Gloria Lewis

THIS SERVICE WILL BE LIVESTREAMED ON DAY OF THE SERVICE:

To send flowers to the family or plant a tree in memory of GLORIA JEAN LEWIS, please visit our floral store. 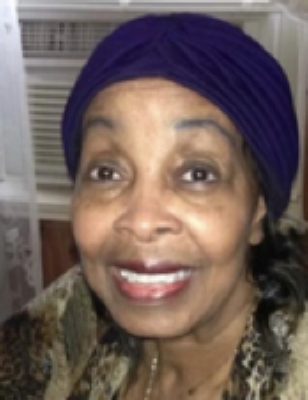