Share a memory
Obituary & Services
Tribute Wall
Donations
Read more about the life story of Cora and share your memory.

Cora Mae age 77 departed this life November 14, 2022, surrounded by her loving family after a lengthy illness. She was born July 15, 1945, to Corine Bonner in Guadalupe County, TX and was initially adopted and raised in Marion, Texas by Robert Miller, Sr and Senia Miller. Upon their demise she was adopted by Rev. Robert Miller Jr and Arvis Miller. After graduating from, Marion High School she attended Community Business School with a concentration of study in Business Administration. Cora was baptized at an early age, relocated to San Antonio, Texas and united with Calvary Baptist Church under Pastor Robert Miller, Jr in San Antonio, Texas. In 1969 she gained employment with Bates Enterprises, as a store manager.

In August 1980, she joined the Wendy’s Corporation of San Antonio as a regular employee. Three months later she was selected for Wendy’s Management Training Program.  She excelled during the management courses and advanced quickly. Four years later, she was promoted to the position of District Manager (DM) for Wendy’s of San Antonio, Texas. Cora won top DM on several occasions and obtained many other awards throughout her career with Wendy’s. Cora epitomized integrity, energy and hard work.  Over the years, Cora has helped many young people start their career in the food industry. Several became managers of their own stores, entered college, joined the military or moved on to other employers. Her motto was “Always Help Others Climb the Ladder of Success”. After 41 years Cora retired from Wendy’s on December 15, 2021.

The late Johnny Brittian, a career Air Force security specialist, met Cora and they were married November 16, 1984. They remained faithfully married until his death on February 14, 2022. She remained a loving, caring, and loyal wife through his sickness until death.

Cora was a devoted Christian and was an active member of Calvary Baptist Church since 1969 under the pastorate of Robert Miller Jr. and later Rev. Kevin Nelson. She held several positions as President of the Women’s Chorus, Supervisor of the Youth Department, Member of the Social Committee and Courtesy Council. She was also a member of the Sanctuary Chorus. Wherever there was work to be done in the church, you would likely find Cora or her hand was in it somehow. Anyone that knew Cora well knew that she was a woman of strong faith and compassion, and she served her church and community until her health limited her participation.

Just a few of Cora’s career honors included “Businesswoman of the Year” by the Delta Sigma Theta Sorority. in 2019. In July 1995, she was honored by the San Antonio Area Mission Award Committee for being selected as the “Outstanding Business and Community Leader” for the Auxiliary of the General Baptist Convention of Texas. As Wendy’s District Manager, her awards, and accolades over a long rich and rewarding career are much too numerous to list here. Suffice it to say that Cora was recognized in her community, business and personal, for the outstanding person that she was.

Cora was preceded in death by her husband Johnny.

To send flowers to the family or plant a tree in memory of Cora Mae Brittian, please visit our floral store. 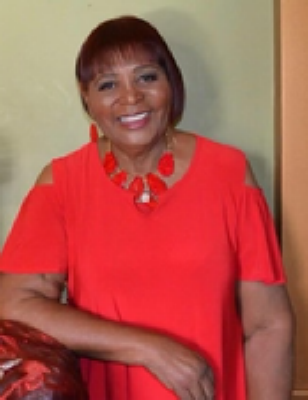