Share a memory
Obituary & Services
Tribute Wall
Donations
Read more about the life story of Arvis and share your memory.

Arvis Lee Broadnax Miller aka “Boots” age 90 departed this life peacefully December 1, 2022, in Live Oak, TX. Arvis was the tenth of twelve children born January 1, 1932, to Fred and Mattie Ervin Broadnax in Guadalupe County, TX. She grew up and attended school in the Seguin area.

Arvis lived a full, rich, and rewarding life. On October 8, 1955, Arvis married the love of her life, Robert Miller Jr. of Marion, TX. The two of them enjoyed 45 years of marriage until his untimely passingon November 3, 2000. God blessed their union with four beautiful children, 12 grandchildren and 12 great-grandchildren. Arvis always prioritized her family’s needs and best interests. She was foremost a wife, homemaker and did an exceptional job raising her four children alongside her husband. As a mother she was her children’s fiercest defender and would do anything to keep them on the right path. The children may not have always been happy with the limitations she put on their activities while growing up, but as they matured it became more apparent to them why she made the decisions that she did. Reverend and Sister Miller imparted practical values based on Biblical teachings in their children. Each of them has grown up to be responsible and productive individuals that embody the values that Arvis worked so diligently to instill. Each of her children have had rewarding careers and have been blessed to raise families of their own. Arvis was the glue of her family. She was well-loved by the entire family but especially by all her grand and great-grandchildren who affectionally refer to her as MawMaw. Their MawMaw has departed to be with God, but her empathy, wisdom and infectious laugh will always remain in their hearts and minds. They could always count on MawMaw to be her authentic self which created a lot of funny stories that will live on forever.

Arvis accepted Jesus Christ at an early age. She was a faithful servant and believer until death.

When Reverend Robert Miller Jr. became pastor of Calvary Baptist Church in 1969, Arvis supported him in his ministry as the First Lady. Calvary was an integral part of the Miller household for more than 30 years. Arvis had to make many personal sacrifices being married to a man that had such a sincere commitment to God, church, and community. The pastoral responsibility of caring for a congregation and community carries a heavy toll. It wasn’t always easy. From the endless hours of ministry to the many church events, Arvis was a fully vested partner in her husband’s ministry. Pastor Miller performed his duties with a selfless spirit and became successful, in part, because of the unwavering support he received from Arvis at home and at the church.

Thank you God for lending her to us.

To send flowers to the family or plant a tree in memory of Arvis Lee Miller, please visit our floral store. 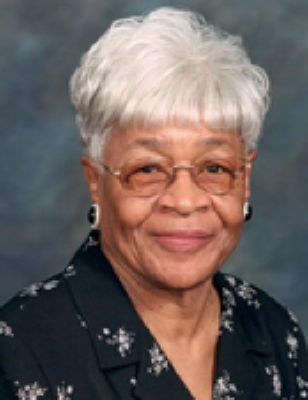